Learn about the new regulations established by the government of Spain so that a resident of a European country can obtain their driving license in Spain even if he comes from the United Kingdom after Brexit, or just exchange it in some situations.

If you are currently living in Spain, but you came from any other European Union country, (including the UK until 2019) you must know that there are certain regulations that have changed during the last year.

For that reason, you should obtain a valid Spanish driving license to continue driving your motor vehicle while you are living in Spain.

For people from other countries in the European Union (EU), or the European Economic Area, (EEA) including Iceland, Liechtenstein, and Norway, the government of Spain has changed the regulations to obtain the driving license if you are a permanent resident in the country.

These regulations require EU citizens who legally live in Spain to get a valid Spanish license because in some other European country, such as the UK, a medical certificate isn’t required until you are 70, and in other countries like Germany, you can get a driver’s license that never has to be renewed. That is why in Spain you have to undergo a new driving license process, since checking your health condition and reviewing your driving skills are compulsory in Spain.

As of January 19th, European nationals that live in Spain must renew their European license with all the procedures that Spanish citizens have to do in order to get theirs, but not all people have to do this procedure. 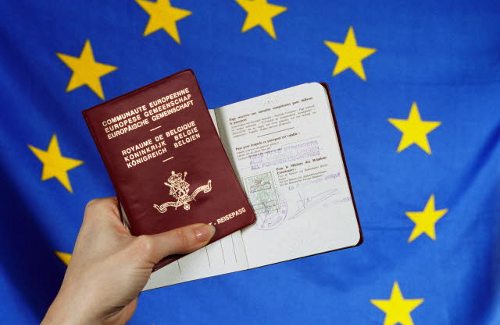 Who needs to get the driver’s license?

As stated in the Spanish Regulation on General Drivers, it is mandatory for drivers to renew their European driving licenses under the following conditions:

Apart from that, EU/EEA citizens should have lived in Spain for at least two years. Hence, there are two different perspectives in which this law applies:

Apart from that, all EU/EEA citizens who have permanent residence in Spain must renew their driving license too if it is already expired, or it is about to expire.

The final date to renew your driving license was on January 1st, 2016. After this date, if you have not done the renovation, under the new regulations, you will be fined by paying up to €200. This law does not apply for Swiss citizens residing in Spain.

Do you have to exchange or totally renew your driving license?

Under all these regulations, the new law currently in effect has to get a valid Spanish driving license without taking the tests. This is called exchange (canje in Spanish). Normally, the exchange is made voluntarily when the expiration date approaches or if the original driving license is lost or stolen.