We explain in depth how the theoretical and practical driving test that you will find when obtaining your driving license look like and what is the minimum age and residence permit requirements that you are going to need to get the driving license.

The roads in Spain are pretty good, and most people have their cars in good condition, but for some Europeans who arrive in Spain either to live or just for a short holiday, you may find certain rules that are very different from your home country.

The good news is, EU citizens can use their existing driver’s license in Spain for up to two years after moving here. After that, it will need to be exchanged for a Spanish license.

Let’s take a look at the formalities you have to go through before even thinking to start the car and go around Madrid, Barcelona, or Salamanca. 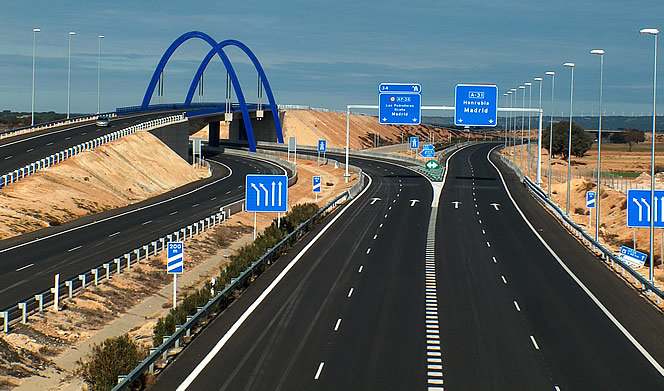 Getting a driver’s license in Spain

In Spain, public transportation is quite good, but if you have a car here, it will give you the chance to go around the country and visit the smaller but charming towns by depending only on your own schedule.

The Departamento General de Tráfico set the rules on the different roads and highways in the country. First of all, if you want to get a license here, you have to be officially an adult (18 years old in Europe), but if you are 16, you have permission to drive a small motorbike or a scooter.

A European license (the one that is valid in Spain) is valid in any EU country, including the UK (at least until Brexit goes into effect), although if you move from one country to another, it is mandatory to get a new card there.

If you’re coming with another EU or EEA license, you can exchange it after two years for a Spanish license and you may simply have to pass a medical exam. Otherwise, in order to get your license, you must take two examinations. One is theoretical, in which you have to explain the different transit signs and procedures, and the other one is practical, in which you have to prove your skill in driving.

Before you can even think about taking a test, you have to get the following:

The medical certificate tests your vision and your reflexes. It costs around €20 to €45. You can ask the driving school for the nearest testing center.

How hard is the Spanish driver’s license test?

After you are signed up at the school (autoescuela), they will provide you with all the material needed to start your preparation for the test. Some schools offer traditional classes given by an instructor, while others have computer labs in which you can see videos with virtual tutors. Some modern schools are offering completely online driver’s theory courses, with a few even offering material and practice tests in English.

You can take the official exam at the traffic department in English. The test is multiple choice, but you have to get 90% or higher to pass. Since it’s a 30-question exam, that means you can only get three questions wrong. As long as you study and do lots of practice tests beforehand, though, you should be able to pass without too much difficulty.

How much does it cost to get the Spanish driving license in 2022?

Have you arrived in Spain and cannot exchange your driver's license? Calm down because we explain to you what is the cost of obtaining a driver's license in 2022 and how to get the cheapest prices to save in the process....